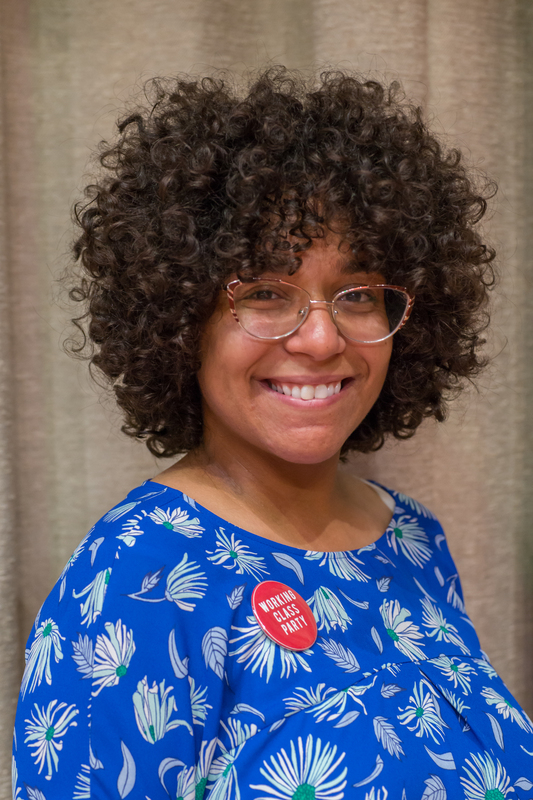 I am the Working Class Party Candidate for the State House, district 4.

I grew up poor, living in Black and Brown, white and immigrant communities. When I was 4, my dad went to prison after pulling a gun on our neighbor who called him a N*****. Black men are the most over-represented in mass incarceration. I know racism, poverty and an unjust criminal justice system that tears families apart.

Being a single, disabled parent, my mom struggled, while raising bi-racial children in Detroit. I watched as the everyday pressures of stretching a dollar to pay bills, food and rent took a toll on her physically and mentally. On top of all that, she had to fight practically full-time for my autistic brother not to be excessively disciplined, suspended or teased in under-resourced schools. The U.S. government and education system failed us and continues to fail families’ lives!

I’ve worked many jobs, but most of what I’ve done is caregive for the sick and elderly. Beginning in my childhood, I became a caregiver to my brother and my mom, helping them manage their disabilities and navigate “the system.” Later I took care of my dad with cancer and grandpa with COPD after they were released from prison. Society organized rationally would have stepped up and stepped in. But in capitalism, it fell on me as a child to grow up fast with adult responsibility. It’s barbaric.

At HFCC, I had to balance studies, trying to keep up a 3.5 GPA, being in the honor society, while working as a Home Health Aide. I administered meds and cooked for patients as well as bathed them and cleaned and entertained them. Like me, “essential” workers are undervalued, overworked and underpaid. I am now a substitute teacher, recently accepted into Wayne State University, while taking care of a home in Detroit I share with my partner, a working class man whose factory job leaves little time and energy.

Most women do the grunt work and childcare. Often we try to make better lives for ourselves but see the odds stacked against us. We are expected to prop up and take care of everyone and everything around us. Do we get paid for this work? No, but it is essential. We raise up the next generation or take care of the last. We are the care and concern that is so often absent in this world.

I know what it’s like when the system fails families, when it turns a blind eye to children, when working class education and neighborhoods are left to crumble. When the majority of us are left to rot.

I am running to say, enough is enough. Our needs have to be the priority rather than profits. We are valuable. Working people have earned the right to say what happens, because we make it all run.