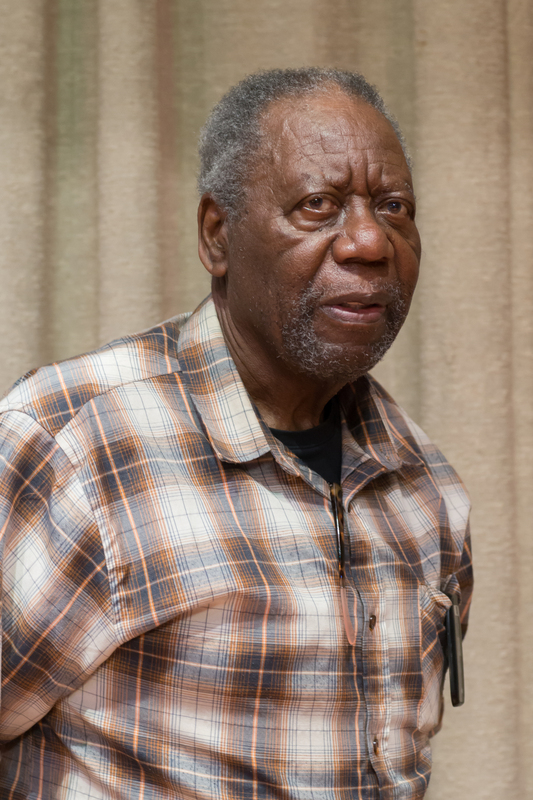 I am running as the Working Class Party Candidate for U.S. Congress, District 13

MY WHOLE LIFE, I've been a fighter. Even before I was a teenager, I wouldn't accept that someone came messing with me. I was quiet. I didn't go looking for trouble. But I wouldn't just stand by and let someone get over on me.

When I got to be a teenager, I could see the racism. I saw the little white kids following in the same footsteps. They didn't understand what they were saying, but they saw it all around them and grew up learning to fall into the same racist ways their parents had.

By the time I was in my early teens, during the 1950s, the cops were already harassing me and my brother and my cousins. A lot of them were Ku Klux Klan and, being cops, they felt they could do what they wanted to the black kids. You knew if you did anything, they'd put you in jail. Sometimes I thought about getting a shotgun and sprinkling them, but I understood, even back then, it wouldn't change anything.

Many of the older blacks were really afraid. They had seen all that lynching and the KKK right there in the police. But the way I grew up, I felt that if someone came after me, they might get me, but I thought I'd get somebody, too. That's just how I felt. I didn't have that fear.

I think I learned that from my mother because she was a fighter. She wasn't afraid of the cops. She was a strong person and wasn't taking anything. A lot of men don't give women respect, but they gave my mother respect.

My whole life I worked. Even before I was a teenager, I helped my mother, using a little wheelbarrow to carry the gallon jugs of corn liquor from a neighbor down the street when she ran out of her own stuff. Sometimes I helped clean up and take things to the garbage dump for the Italian man who ran the neighborhood grocery. When I was eleven, I started helping my cousins and my oldest brother on the carts they pushed around for an ice cream company. By the time I was twelve, I was pushing my own cart, and by fourteen, I was riding a bike that had a big cart on the front of it. When I dropped out of high school, I went to work in the plant where they made the ice cream in Bessemer, Alabama. I had just turned sixteen. When I went to L.A., I got a job at the carwash, then I worked as a janitor for a contractor in different buildings, then as a painter for Northrop Aircraft. After I moved to Detroit, I worked as a machine operator in a small parts plant, then as a die setter in the same plant. Then I went to Chrysler, where I worked for thirty years on the assembly line at different plants until I retired.

In 1970, when I went to work at Dodge Main, I came in contact with some people who gave me a bigger picture, looking at things from the viewpoint of the working class. With all the different problems I went through, I had a feeling I wanted to do something about it. But people always said, there's nothing you can do. But I learned what the working class had done, I learned about the revolutions workers had made. And I began to realize that workers could make a revolution here in the U.S., and that things would only get worse until we did that.

From that day up until today, I have been active trying to get other workers to see and understand what needs to be done, trying to bring workers to stand together to use the force we have. And I always tried to give them the bigger picture, where we fit in, to get them to understand how things could change if working people stood together, what we could do to defend ourselves and to build a different society.

That’s why I ran before as a candidate for Working Class Party, and why I run again, to say that together we can build a world where each of us benefits because we all benefit.